ABOUT US
MEDICAL SERVICES
MENTAL HEALTH SERVICES
CONTACT US
FAQS

Eating disorders is a broad term covering a variety of different conditions related to extreme emotions, attitudes and behaviors surrounding weight and food issues. Eating disorders are serious and can be life-threatening. Learn more about each eating disorder below and some additional resources.

People with anorexia nervosa have obsessions with eating, food and weight control. Many people with this condition see themselves as overweight, even though they are underweight. They may restrict the type of food they eat, portion their food carefully and eat very small quantities of food. Some people may also binge eat and subsequently engage in exercise, vomiting or dieting (compensatory behaviors).

Symptoms of anorexia nervosa may include:

People with bulimia nervosa feel they have a lack of control with their regular and repeated incidents of eating unusually large amounts of food. Binge eating is followed by behavior that compensates for the overeating such as forced vomiting, excessive use of laxatives or diuretics, fasting and/or excessive exercise.

People with bulimia nervosa usually maintain a “healthy or normal weight”, while some are slightly overweight. Usually, bulimic behavior is done secretly and the cycle can occur anywhere from several times a week to many times a day.

Other symptoms may include:

People with binge eating disorder lose control over their eating and as a result are often overweight or obese. They are at higher risk of high blood pressure and developing cardiovascular disease. They experience shame and guilt about their eating, which can lead to more binge eating.

Other symptoms may include:

EDCare
Resource and treatment options that include Intensive Outpatient Care to Partial Hospitalization. 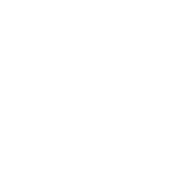 Call 303-615-9999 to schedule an appointment in advance.
Please note there is a failed appointment fee of up to $50.00 for missed appointments or short notice cancellations (less than 24 hours).